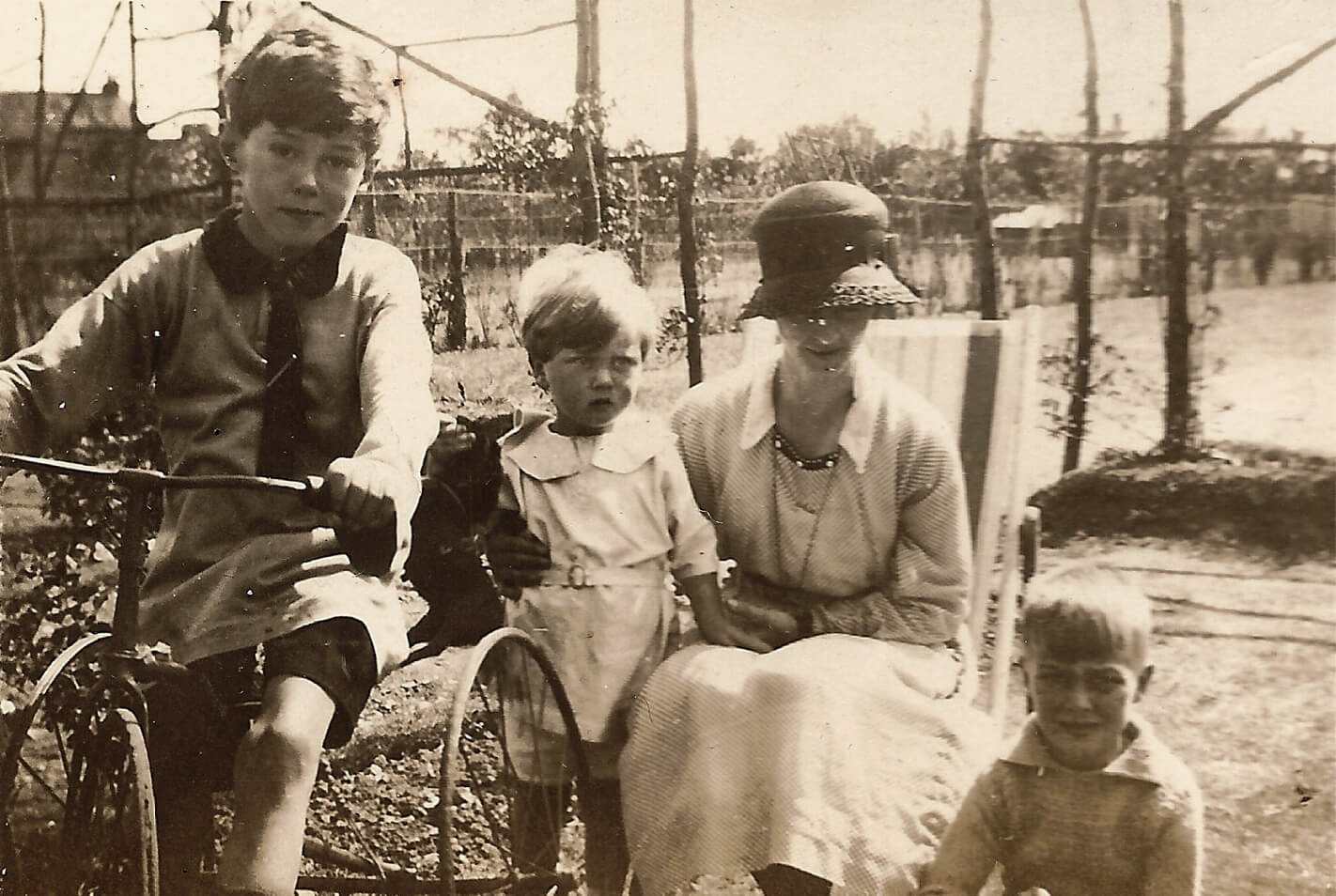 The 1921 Census for England and Wales released by Findmypast in January 2022 bridges the gap between the 1911 Census and the 1939 Register, representing a vital resource for studying the early 20thcentury.

Surveying a population of c.38 million, the 1921 Census ‘officially’ records many of our family members for the first time. It also highlights this pivotal era in history when whole nations, communities and households, still reeling from the Great War and global flu pandemic, tried to resume a sense of normality while dealing with immense social and economic change.

Old photographs vividly illuminate the past, helping viewers to picture and understand the reality of life for earlier generations. Photography was firmly and widely established by 1921 and countless contemporary photographs are accessible in public archive and museum collections. Yet none are as special as our private photographic heirlooms depicting relatives and ancestors – treasured portrait photographs and human-interest scenes preserved by our forebears that bring to life the family names and places recorded on the 1921 Census.

This article examines the form and content of genuine family photographs using examples from my professional archive – not elite portraits of models or ‘celebrities’, but personal images firmly dated, or closely dateable from the evidence of dress to the period 1919-1922. It outlines post-WW1 photography, from formal studio portraits and tightly-posed professional groups, to popular amateur snapshots. Explaining how to date and identify 1921 Census-era photographs, it provides an accurate photographic record of ordinary people a century ago – images resembling those typically occurring in today’s family collections.

Serious amateur photography using traditional plate-based apparatus was still practised in 1921, yet a growing trend was the rise of popular photography among novice enthusiasts who acquired the new user-friendly box or folding cameras conveniently fitted with roll film. The WW1 and post-war generation of amateur photographers generally worked outdoors in natural daylight (for indoor photography required artificial illumination and cameras weren’t yet fitted with safety flash bulbs). Many amateur snapshots from the early-1920s were broadly domestic in scope, set in the family garden or in the street outside, their human subjects appearing relaxed and often wearing everyday clothes. Snapshots also recorded leisure activities, visits to places of interest, holidays or social/family gatherings.

Roll-film snapshots surviving from the early-1920s may be presented on postcard-style card mounts, or appear like small contact prints - images printed onto neat squares of paper. In households where photography was a major hobby, snapshot photographs were sometimes preserved in special snapshot albums, the scenes sometimes helpfully annotated with names, dates and places.

However, not all homes owned personal cameras and for those as yet unable to take their own photographs visiting a commercial high street photographer remained the familiar way of celebrating special occasions such as milestone birthday, engagement or marriage. It was also common for local studios to send representatives out to photograph auspicious events like wedding receptions, or to picture elderly or frail clients, or large family gatherings at home.

Professional photographs were still considered superior in 1921: generally commissioned to mark significant events and intended to be kept for posterity, they depicted formally-posed forebears displaying carefully-arranged hairstyles in intimate head and shoulders views, or longer compositions, adorned in their ‘Sunday best’ clothes. Professionally-presented photographs in family collections can survive as large-scale prints on wide-bordered card mounts, but the favoured post-war format was the modest postcard mount with a divided back providing separate spaces for address and message. ‘Real photo postcards’ (as these photographs were originally called) developed during the early-1900s, enjoying their heyday 1910s-1930s. Widely popular throughout society during the 1920s, they dominate family photograph collections dating to around the 1921 Census.

Identifying and dating family photographs from the early-1920s

Sometimes family photographs from this era were labelled in their day using pencil or ink pen: there was no modern ballpoint pen in 1921, so be aware of later biro annotations! But how might we attempt to date and identify the many surviving unmarked photographs, if we don’t recognise the ‘mystery’ or half-familiar faces and places that might add another vital dimension to the information gained from the 1921 Census?

(1)   Identify the common photographic formats of the early-1920s: as mentioned above, some were paper snapshots; many were postcard-mounted.

(2)   If a photographer’s name and address is printed on a professional mount, then potentially studio operational dates can be researched online, or using original sources

(3)   Study all of the picture clues, using detective work to narrow the era and location of buildings, the registration year of vehicles, the meaning of any posters/advertisements

(4)   Read up on post-WW1 and early-1920s fashions to pinpoint the appearance of predecessors, male and female; young and old. All portrait photographs can be accurately dated from clothing styles. Here are a few key tips for spotting 1921 Census-era dress trends and their typical appearance in family photographs.

In 1921, girls’ frocks were generally loose or lightly fitted, sleeves often elbow length, hemlines on or just above the knee. Knitted tops and cardigans were popular and for summer a simple white frock remained fashionable. Schoolgirls frequently wore gymslips as uniform and hair was either bobbed or worn long with a headband or large bow.

Women’s hemlines were generally worn around mid-low calf-length in the early-1920s, revealing dainty shoes with bows and Louis heels or the new bar shoes. Straight frocks with rounded necklines might be accessorised with beads, while loosely belted suits were teamed with buttoned blouses or slipover tops. Both wide-brimmed and fitted hats were worn low on the forehead, the helmet-like cloche hat slowly evolving. Fashionable hair spanned short bobs and hybrid styles combining long hair pinned back, sides cut and styled into kiss curls.

Jayne Shrimpton (MA History of Dress) is the author of Fashion in the 1920s by Shire/Bloomsbury. She provides a professional family photograph dating/analysis service.

How To Date Old Photographs From Fashion: Victorian Studio Photographs